Part of the China-EU Partnership

Initiated by the programme “China-EU partnership for urbanization”, the City of Essen has engaged in a partnership with the Chinese City of Changzhou in the province of Jiangsu. Thus, the already existing cooperations of the state of North Rhine-Westphalia (NRW) were expanded to the municipal level. The cooperation between Changzhou and Essen has been selected by the Chinese government from a total of 400 proposals. The economic and technical partnership between NRW and the East Chinese province of Jiangsu has been established in 1984. Due to the collaboration, North Rhine-Westphalia with its outstanding importance as an investment location and especially Essen as the central city in the Ruhr Area are being stressed and perceived on a high governmental level.

With its roughly 79 million inhabitants, Jiangsu is home to about six percent of the total population of China and is one of the most affluent and most densely populated provinces in the Yangtse Kiang delta. In this fast-growing region with great (investment) potential, with a network of train and trunk roads, situated right at the highly frequented Imperial Canal between Shanghai and Nanjing, lies Changzhou.

At the beginning if the cooperation, organisations, institutions and companies from Essen were actively involved in the establishment of the partnership: Since 2008, the Burggymnasium Essen has been in touch with the partner in the Far East at a linguistic and cultural level. The Maria-Wächtler-Gymnasium, too, has established an exchange with a partner school in Changzhou in 2019. Apart from that, the University of Changzhou and the FOM University of Applied Sciences have arranged a cooperation in 2013. Another exchange is based on a medical specialists internship with the Essen University Hospital. For the 4.7 million inhabitants of Changzhou, especially the economic branches of machine engineering, automotive supply industry, IT and environmental technology are important employers. thyssenkrupp is represented with a plant for automotive components there and since the foundation of the Colani Design Institute, Changzhou is now attractive for other projects as well.

Changzhou and Essen received the URBAN-EU-China Powerhouse Award at the end of 2019, a prize with a special focus on sustainable urbanisation and economic relations. 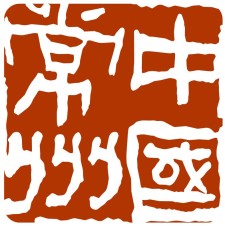