This Alpine city came to world fame in 1968 when it hosted the Winter Olympics. Essen made its first contact with Grenoble six years later, which meant overcoming certain misgivings. Grenoble had after all been a key centre for the French Resistance during the Nazi occupation, and reservations about Germany were deep-rooted. Despite this, or perhaps indeed because of it, both sides made a special effort to apply fresh soil to the scorched earth, giving the seedlings of understanding time to flourish. Success was achieved remarkably quickly, and friendly bonds formed quickly, not only between citizens, but also between institutions, clubs and associations, educational and cultural groups.

The immense interest of Essen's residents, particularly young ones, in the French winter sports town, naturally has reasons more relating to tourism than politics. The city lies in the middle of the Dauphine, one of the most beautiful regions of France. Tourism, therefore, is the third driving force of the city after industry and the university. The fact that Grenoble has highly developed economic potential with nuclear energy, electrical and electronic technology, may be of secondary importance to the many exchange students and pupils. The scientists and administrators who transfer their knowledge of structures, systems and working methods see that differently of course. 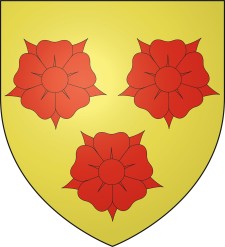