The Russian metropolis demands a lot of technical knowledge and imagination. For the city of 1.5 million on the confluence of the Volga and Oka rivers, signing the partnership contract with Essen in 1991 was not least a way out of the state of isolation it had been in for decades.

Back when Nizhny Novgorod was still called Gorky, the name struck terror into the hearts of many. This is where people got sent when they fell foul of the system. Famous dissidents such as Solzhenitsyn and Sakharov were exiled here. In addition to this, Gorky was an armaments manufacturing city, just like Essen during the "German Reich". Almost 70 percent of Russian armaments were produced in the city, which was off limits to foreigners. Earlier, though, before the Great Socialist October Revolution of 1917, Nizhny Novgorod was known throughout the world as a lively and glittering trading city, a meeting point for merchants from Western Europe and the Far East.

This appealing history is increasingly being remembered, and in 1991 the first trade fair in 70 years opened in Nizhny. Despite the fact that there are 3,000 kilometres between Essen and the newest member of the partnership community, the journey does not prove too far for the official delegations, or for the pupils, students and cultural artists.

The giant structural problems in Russia mean that many visits from Essen to Nizhny Novgorod still have certain characteristics of development assistance. But economic, municipal, political and administrative expertise are not enough here. The stable basis for trust and friendship were created by numerous donations of money and other items from the population of Essen since 1992. Although 50 tonnes of food only temporarily were able to relieve the situation briefly, and only in a few places, the humanitarian gesture still resonates. 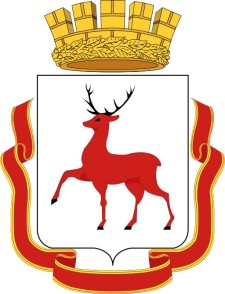