Relations with neighbouring Poland were difficult for a long time, but the political change in Eastern Europe made it possible to come to terms with the bitter past. The City of Essen already began to come to terms with this process when a united Europe was just a vision: as early as 1953, the city took over responsibility for the people of Zabrze, formerly Hindenburg, who suffered the consequences of forced migration after World War II. Part of this work is the reconciliation and the understanding between peoples, especially between the young generations who did not experience war and hostility at first hand. The cooperation has grown and become more intense; also thanks to the work and the contacts of the historical society Hindenburg with Poland.

A cooperation agreement signed in 2008 is composed of the spheres of city development, industrial culture, geo-information, city marketing and work with disabled and non-disabled people as well as self-help and addiction aid. In order to intensify the exchange, a circle of support was founded in the year 2000, which has developed a dense network between economic, cultural and social institutions in both cities. The implementation of three EU projects resulted in a successful cooperation between the two cities in different sectors and since 2014, an experts exchange takes place on the implementation of inclusive schools. Today, the focus is on projects which contribute to a common future in Europe.

Similarities of the Cities

With 174,000 inhabitants, Zabrze is considerably smaller than Essen. Beyond that, both cities show strong parallels in their development and history: Zabrze was a mining town and turned into a modern service centre. However, the city is not only an economic location in the region of Silesia, but also a scientific and cultural interface in the middle of an industrial area. Several institutes of the Polish Academy of Science, the Upper Silesian Philharmonic Orchestra, numerous theatres and festivals are based here. Just like Essen, the Guido Mine and Coal Mining Museum lies on the European Route of Industrial Heritage. 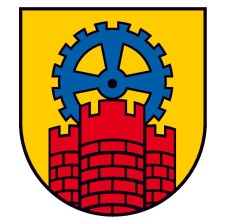