In the year 1949, communication between the former military enemies was not an easy matter. It was achieved by a certain Mr Nicholson, training officer of the former British military government in Düsseldorf.

This man rose above and beyond the call of duty. He sought tirelessly for new ways of understanding each other, to give the up and coming generation in particular a new image of the former enemy country.

He suggested to the Essen Jugendamt (Youth Office) that they should establish a friendship with an English city. The choice of Sunderland was no accident. It is true that the coastal city is smaller than Essen, with a population of just 350,000, but it has a lot in common with the Ruhr metropolis in terms of economic and demographic structure.

Sunderland was also characterised by the mining industry for a long time, and had the most important coal export harbour of the district in Durham. The exchange of initially sceptical but soon enthusiastic young people was followed by meetings of German and English sports clubs, choirs and theatre groups. For many schools in Essen, visits to Sunderland became an established part of their educational programme.

The cities have recently been informing each other about concepts for further education and retraining, on professional support and unemployment services. This is because Sunderland has over recent decades undergone just as dramatic a structural change as the Ruhr metropolis, and despite its Polytechnic University and a Japanese automotive assembly plant, it still has a high rate of unemployment. 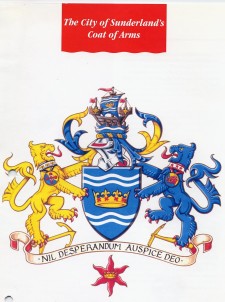