After the capital, Helsinki, Tampere is the second cultural and industrial centre of the country in the far north. The city is the beating heart of the Pirkanmaa economic area, where around 400,000 people live, working particularly in the textiles, rubber, footwear and paper manufacturing, and mechanical engineering industries.

After the good trade contacts with what was then the Soviet Union had ensured Tampere a long-lasting period of economic flourishing, the collapse of the eastern superpower meant the city had lost its most important market. Now they, too, know the meaning of unemployment, and the city has had to change its orientation. Tampere still also has first-class transport connections, and can be reached quickly by car, aeroplane or ship. In terms of architecture, there is no preponderance of functional buildings, despite all the industry. It is much more the case that the city is one big open-air museum, and is bursting with historical wooden buildings, Art Nouveau villas, remarkable modern buildings, and religious buildings of every era.

In addition to this, the city also has exceptionally beautiful countryside surrounding it. It lies between endless stretches of greenery, between two large lakes, and is a first-class destination for tourists. 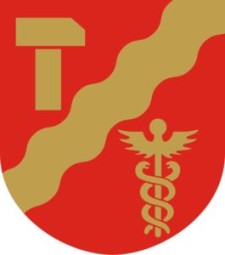