German-Israeli relationships are still overshadowed by the barbarism of the Nazi Reich. It was certainly no coincidence that Essen was the fourth German city to enter into an official connection with an Israeli municipality.

The fear of unintentionally disturbing poorly healed wounds initially also caused shyness and restraint in dealing with each other for the younger generations. If the contact between Essen and Tel Aviv still managed to run intensively and without disturbances, the Old Synagogue played a significant part in this. As a memorial site in Essen and a historical and political documentation forum, it is working on keeping the memory alive, and simultaneously pointing the way forward to a future without reservations and discrimination, both here and there.

The Jewish Cultural Community Essen and the Society for Christian-Jewish Cooperation are committed to the partnership between Essen and an Israeli city.

There is now a lively exchange of young people and culture. The more natural the encounters become, the more residents of Essen become aware of the geographical, architectural and cultural characteristics of the Mediterranean city. Tel Aviv was founded in 1909 as the first modern Jewish city, and was merged in 1949 with the city of Jaffa. Today the university city has a population of more than 400,000, with around 3,8 million inhabitants living in the metropolitan area.

In addition to major administrative businesses, the textile and chemical industries flourish here. Other important factors in the municipal and state economy include the international airport, the trade fair, and an international port for exports to all over the world. 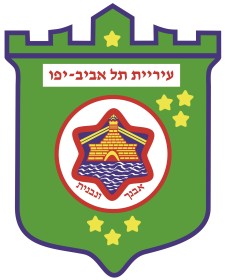